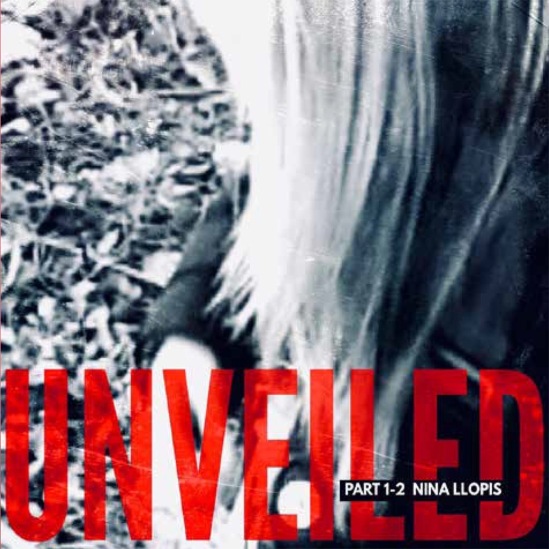 Roxx Records has been very privileged the past couple of years to work with legendary Christian punk band The Lead, putting out excellent expanded and remastered editions of both ‘Burn This Record + 30’ and ‘The Past  Behind + 30’

Part II is a very moving and personal EP that bears the heart and soul of Nina , check out the brand new track ‘You Consume Me’…

And get ready as we bring you a very special limited edition CD pressing of Unveiled Part II and even go back and add the first out of print EP to make this disc the complete Unveiled story!

Get in on this pre order at the special introductory price of $11.99 before the Official release date Of August 28th!

Or get in a very Limited amount special package with both remastered and expanded 30th anniversary CDs from The Lead along with Unveiled! Only 20 packages available at the very special price of $30!

Just 6 months after the debut release from The Thomas Thompson Earth Project entitled ‘Dreamland Love Craft’ we are already getting you ready for round two!

That’s right this Dale Thompson (Bride) fronted project is just getting started! Get ready as we bring you the sophomore effort entitled ‘7 Angels, 1 Sad Devil’ and did we mention it’s even heavier than the debut?

Garret Thomas has done it again with 10 more new blistering tracks you have got to hear! Starting off with the debut single ‘Empty Sky’

Get in on this one now early at the introductory pre order price of only $11.99 until release date or get one of the limited special combo packs featuring the debut album for only $20! Quantities are limited to the first 20 pre orders on this one! 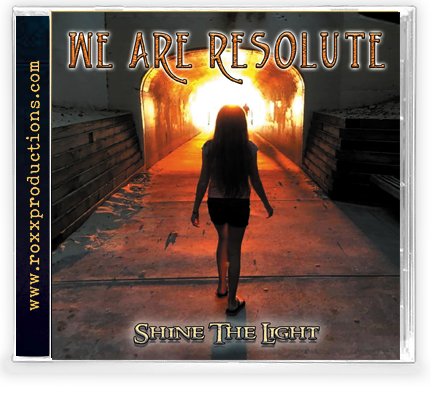 Roxx Records is excited to announce this next release as we continue our working relationship with Dale Thompson of Bride. For this next chapter we are bringing you a limited edition CD pressing of his latest work with Michigan’s very own We Are Resolute as we release the bands debut full length album entitled ‘Shine The Light’

From the Ruins is an unadulterated and unapologetic thrash metal band! Formed in Reno, Nevada, USA in 2016, the band quickly exploded onto the scene and began obliterating clubs across the West Coast. The bands sound is built around the machine gun riffing of Chuck Reyome and Scott Schlingheyde, as well as the powerhouse vocals of Isaac Wilson and the lethal rhythm section of Jim Wilson (bass) and Robert Landers (drums).

“Into Chaos” is six songs of razor-sharp thrash metal with influences from Death Angel, Kreator and Slayer as well as some of the melody and progressive tendencies of early Savatage and Metal Church. Fans of heavy metal and thrash can rejoice in yet another band flying their metal freak flag proudly. From the Ruins are metal through and through. 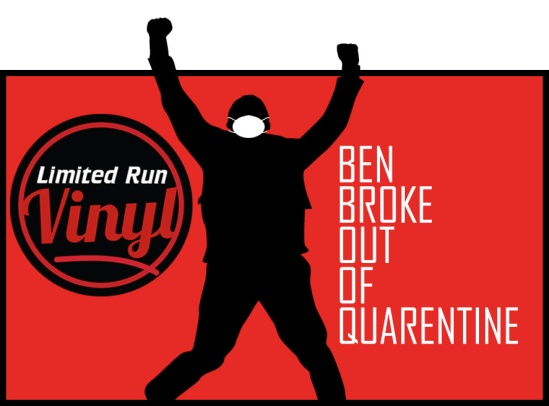 Roxx Records is very excited to announce we have signed a four project deal with 8 Ball Cholos founder David ‘Burrito’ Villalpando to release both past and future projects in conjunction with Tracy G (of Dio) .

Formed in 1985 when Burrito would meet Tracy G after a performance of Tracy’s band ‘Swift Kick’ the two formed a life-long friendship and have worked together on many projects ever since. For this release we are going to focus on ‘The Warning’ Years.

The Warning would release their first demo in 1986 entitled ‘Repent or Die!’ with a straight up punk metal influence for fans of bands like D.R.I. , Martyr or The Crucified straight up in your face punk/speed metal crossover.

All of the original artwork from these 3 demo tapes had a very old school homemade DIY look featuring some VERY controversial themes. And while the music from The Warning had a very Christ centered message featuring bold and in your face lyrics and music, it is also definitely not for the faint of heart.  As such we will be issuing this title with a true Warning (no pun intended) for young listeners in an effort to warn and not offend the masses.

Get ready for the reissue and compilation of one of the most seminal confrontational underground crossover releases in Christian punk and metal history as we bring you ‘Trilogy of Damnation’ The History of The Warning. 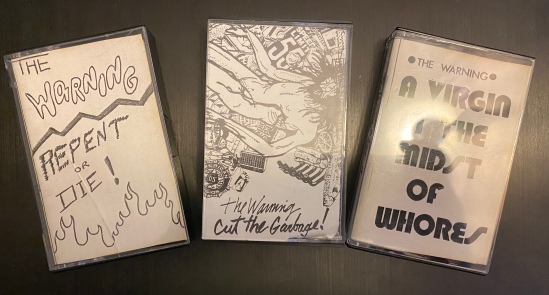 Trilogy of Damnation features brand new cover art and lay out created by the one and only Scott Waters of No Life Til Metal Graphics as well as an amazing new remaster from Rob Colwell of Bombworks sound.

Packaged in a jewel case edition with an 8 page booklet documenting the original cassette demos and their original artwork in a true underground fashion and printed on an unfinished card stock to give this release a true old school look and appeal. This release will be a true and very limited collectible and limited to only 300 copies. 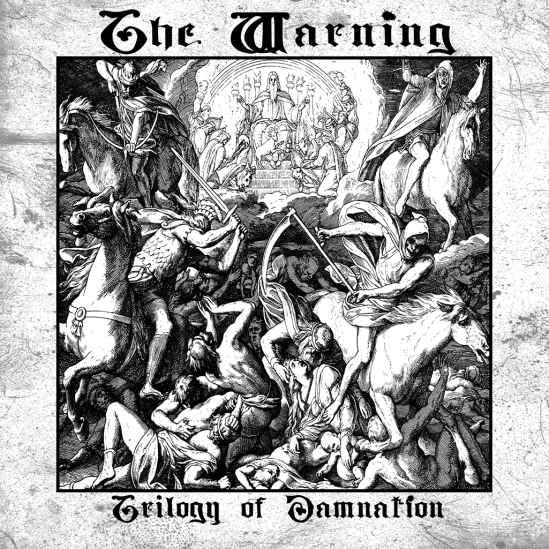 The first 100 pre orders only will receive the disc 12 tracks from Moral Majority (LIVE) that’s right the very first band PRE The Warning featuring Burrito. Moral Majority is a very rare and very raw never before released piece of Christian music history and will be limited to only 100 copies for the first 100 pre orders so act fast on this one you true Christian Metal collectors out there these will go fast!

Up Next! 8 Ball Cholos Stay Tuned!

Well in today’s economic environment we want to be able to give the people what they want and what they need!

Roxx Records is ready to give you just that!

We are going to spare the long introductions and stories in this campaign, only to tell you that in this quarantine time we all need to pinch our pennies, so with this intro we are offering our LOWEST introductory price ever and a reduced shipping rate to launch this campaign!

“Beloved, do not avenge yourselves, but rather give place to wrath! For it is written, ‘VENGEANCE is Mine, I will repay says the Lord.’”

But in this case VENGEANCE is yours! And a Picture is worth a thousand words!

Christian Thrash at its ultimate best is what you get here! The 3 track demo that started it all for one of the best new Christian thrash bands around, Ritual Servant! This is a very cool one time and one time only limited edition CD pressing of the very first 3 track demo as recorded by Ritual Servant.

Released only in digital format on April 30th 2016, this demo turns 3 years old on that day and in celebration we will release this special CD pressing on that day and only limited to 250 copies never to be pressed again! These 3 tracks were so special we felt the need to make a physical product to offer to the fans and collectors out there.

Check out the demo version of ‘Seven Trumpets’

If you want pure Christian thrash bold and unashamed this is the band you MUST hear!

Pre Order now for the very very low introductory price of $7.77 for the first 50 orders only!

Also don’t forget we are down to less than 20 copies of the debut album ‘Metallum Evangelii’ on vinyl which was limited only to 100 copies, or the debut full length on CD.

Billroxx’s Blog
Create a free website or blog at WordPress.com.